One of the banes of living abroad (and especially in China) are visa runs – being forced to leave the country simply for the purpose of renewing your residence permit. So why not use the compulsory trip to catch up on some long due traveling, in our case bridging the 1000km distance from the Jing to the South Korea. More precisely to Seoul, the capital of South Korea, a stone’s through away from their atomic neighbors. The pictures below were taken on our five day trip to the capital, which is about the time you need to get a rough idea of the friendliness of the people and the cleanliness of the food. But first, let me (take a selfie…) give you a small list of impressions that were the most remarkable about Seoul, either compared to Beijing or compared to the general public opinion about Seoul:

So without furher ado find some of our travel pictures below…Enjoy.

Gwanghwamun Square, a 555m long, 34 m wide plaza in front of Gwanghwamun, the main gate of Gyeongbokgung palace. Statues of Admial Yi Sunshin and King Sejong, two of the most respected historical figures in Korea are watching over visitors.

Sumunjang changing of the guards ceremony (twice a day, 10 am and 2pm) 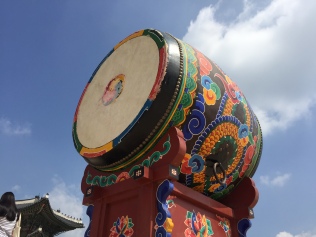 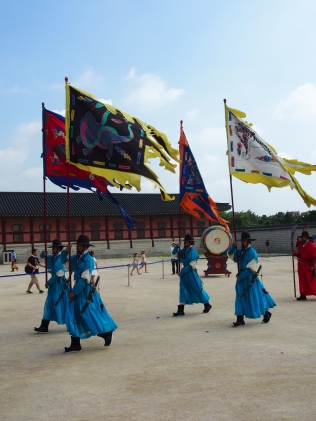 Sumunjang changing of the guards ceremony 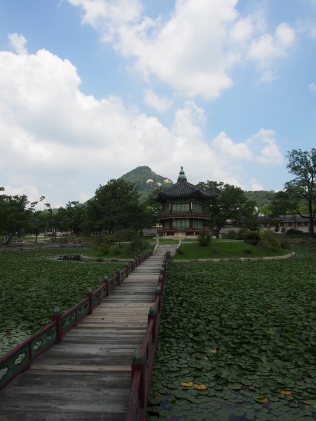 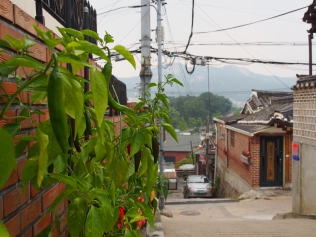 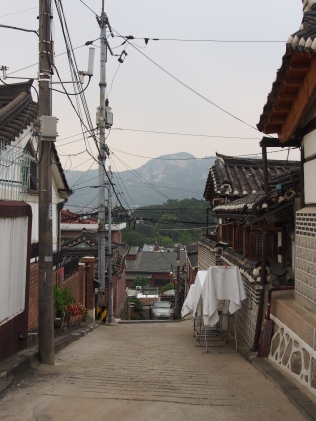 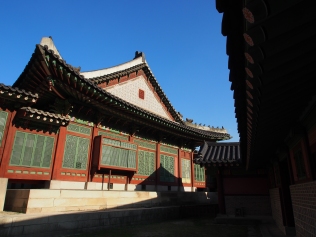 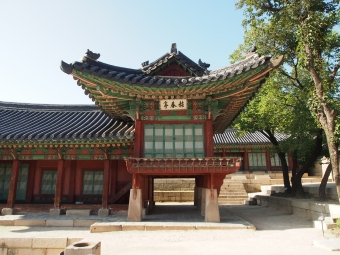 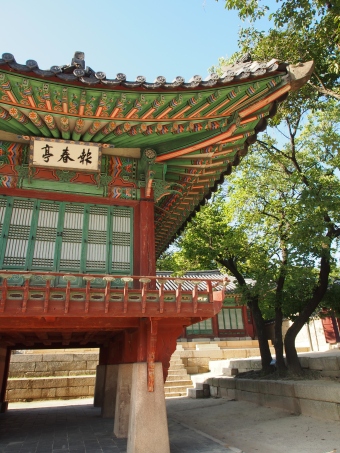 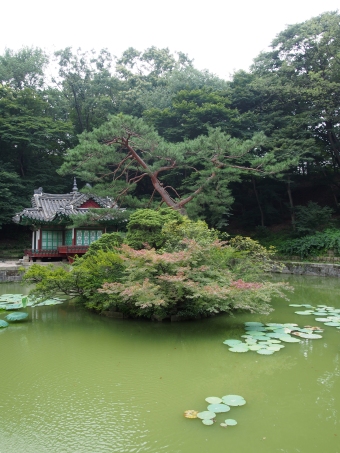 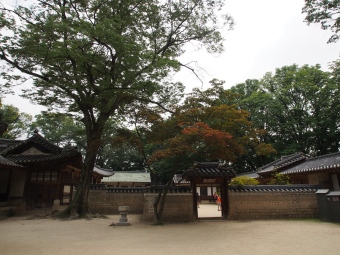 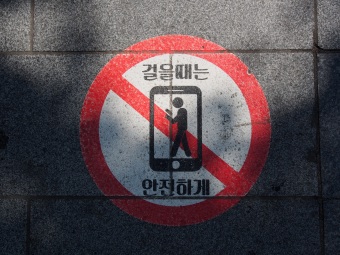 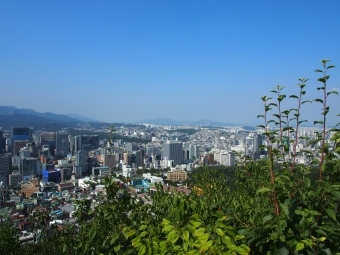 View from the Jamdoobong photo island, half way up the walk up to the M Korea Tower

Another visitor caught in a net.

Thousands of locks line the handrails of the Korea Tower viweing platform.

A piece of China in Korea. 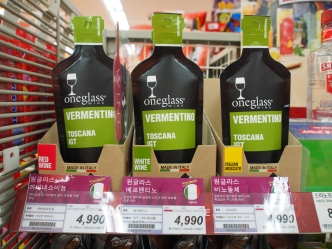 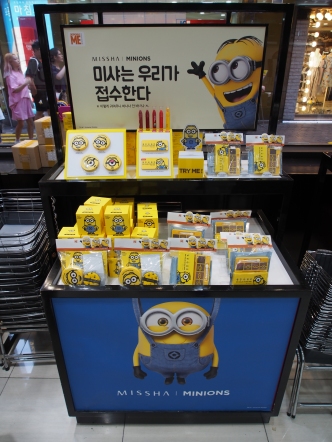 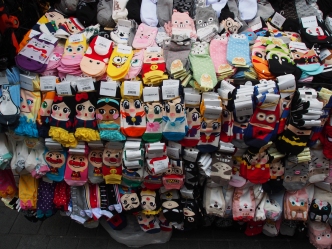 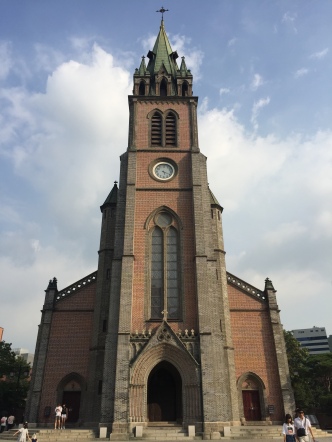 Myeong-dong Cathedral – located in the heart of downtown Seoul, Myeong-dong Cathedral is not only the first parish church in Korea, but also an important symbol of the Korean Catholic church. Father Eugene Coste of the Paris Foreign Missions Society began planning the construction in 1892. The cathedral was consecrated on May 29, 1898, to Our Lady of the Immaculate Conception as its patron saint. 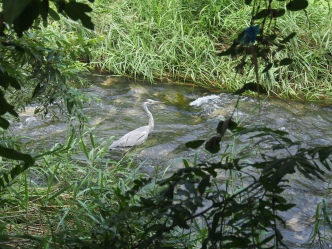 The Cheonggyecheon is an almost 11k long waterway flowing from the south of Gwanghwamun Square to Dongdaemun, passing under historic structures and through present-day Seoul. Originally a popular laundry spot and playground, it has now become a popular area for Seoul citizens to relax at. 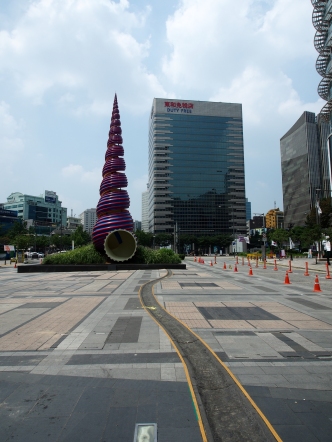 Created by world-renowned artists Coosje Van Bruggen and Claes Oldenburg. “Spring” is the monument of the nature regenerated in Seoul and the symbol of the Cheonggyecheon Restoration Project. The idea for the exterior spiral was inspired by a shell rising upwards like a pagoda. The vetical shape creates a dynamic atmosphere, representing the restored vitality of the stream and the cultural aspect of Seoul’s urban development.Looking inside, two colouful ribbons, inspired from Korean traditional dress of women, stream loosely down, one a luminous blue, the other a peony red, representing the unity of opposites in nature and human spirit. 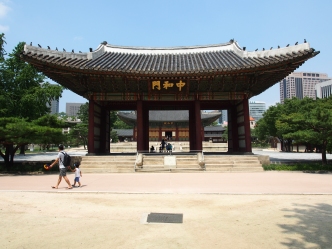