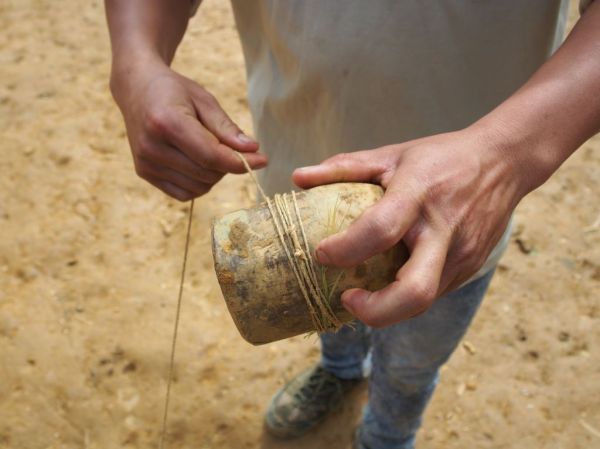 field. Quite a large number of participants can join the game, as long as you bring your own whip and bamboo spike. The rules are quite similar to boule, with the difference that you want to hit a spinning bamboo pin with your own pin and throw it out of balance instead of getting as close as possible to one small target ball. The game starts with a group of players twisting their whip string around a fist-size bamboo cone and spinning it with much force onto the center of the playing field. Everytime the bamboo spike was released, a high-pitched whistling sound filled the air. Then it is the other players’ task to also roll up their bamboo spikes in the string of their whip and throw it into the group of spinning tops, trying to blast them off the playing field. Everyone has to move fast as the spinning tops loose velocity pretty quick on the sandy ground and start tipping over.