On May Day 2016, the world’s largest glass floor viewing platform opened in Beijing. Of course we went, and here is  how we got there:

A few Saturday’s back we took the early morning bus 635 (or 117, whichever you prefer), riding to Dongzhimen. From there, we interchanged at Dongzhimen chuniuzhan (the hub station) to bus 852 and went 60km north east into Pinggu county, where we got off the bus at the local bus station. Finally, after fighting off some black cab drivers (you really don’t need them to get to the viewing platform), we boarded bus No. 25 (or 26), which drove us through beautiful fruit and nut tree farms right up to the mountain on which the platform opended only weeks before. You will also pass a ‘small’ hydro dam and a gigantic golden buddha perched on top of a neighboring mountain, which unfortunatley we didn’t get the chance to visit yesterday (it looked like a fun hike up and down though, with a veeery long summer slide going down that was constructed dangerously close to the mountain side). The bus drops you off close to the entrance, and the trip up the mountain can either we climbed by food, or taken with a cable car. Walking up to the platform, the first kilometer(s) lead you through something like an outdoor adventure park for kids: arrow shooting, hurdle racing and crossing small rivers by hanging bridges. Soon you come to a very steep flight of stairs (I think they called it ‘Stairway to Heaven’), that brings you a good distance closer to the top of the mountain, where the glassviewing plattform was contrsucted. We were fooled into thinking that this was the hardest part, but what followed was an continuous steep climb up very narrow flights of stairways, which are definiftly not recommendable to someone who’s afraid to hights. It very exciting though and even though there was a constant stream of people going up and climbing down these stairs, its quite spectacular to watch people of all ages using their own “techniques” to make it up to the top. I wouldn’t recommend going there in the mid of summer, though, since it was already a tedious climb at the beginning of may. If you like to go, wait until fall, and then start your trip as early in the mroning as possible in order to escape the thickest masses of people. 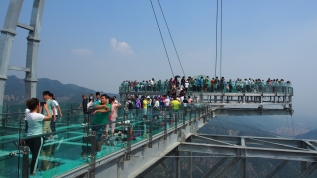 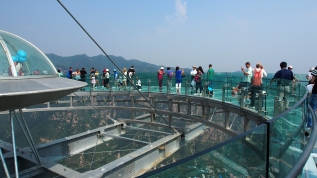 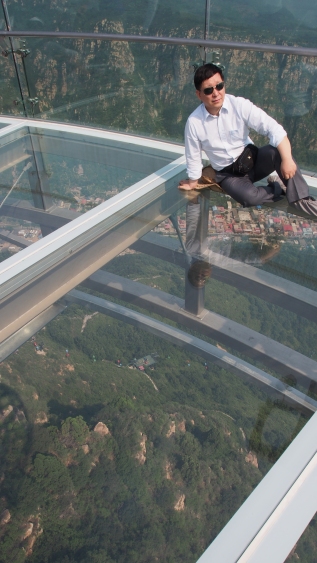 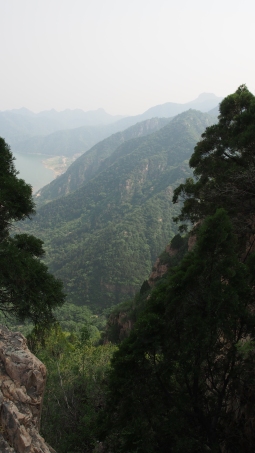 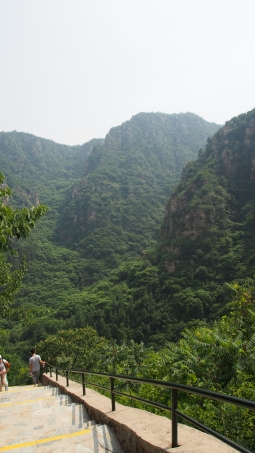 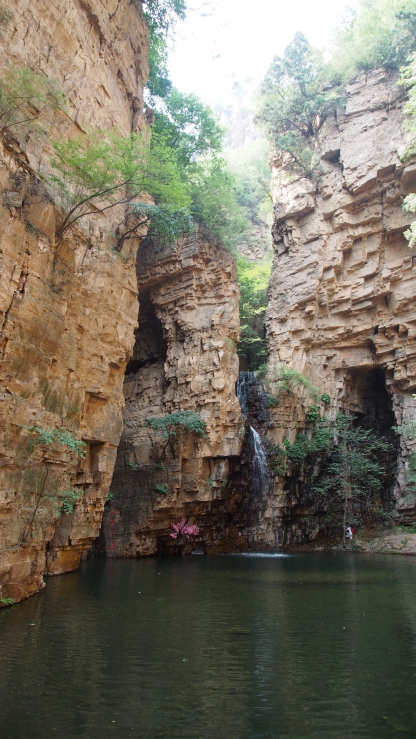 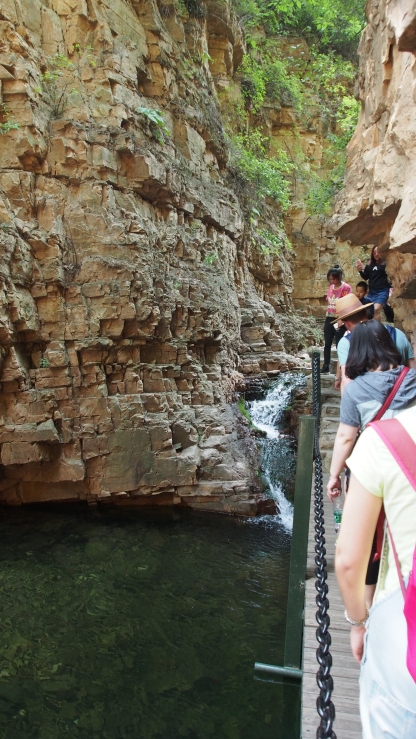