Photo documentary from our road trip to Inner Mongolia. The second stop took us to a UNESCO geopark.

Dark clouds, but not one drop of rain. 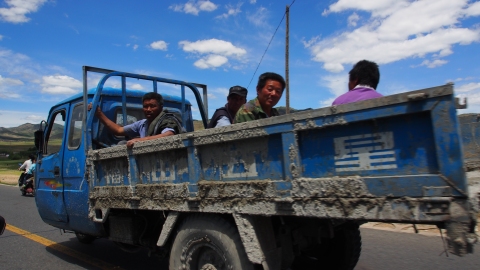 The UNESCO geopark covers an area of more then 1700 km2. We had the road to ourselves quite often.

A cow and her calf blocking the road. 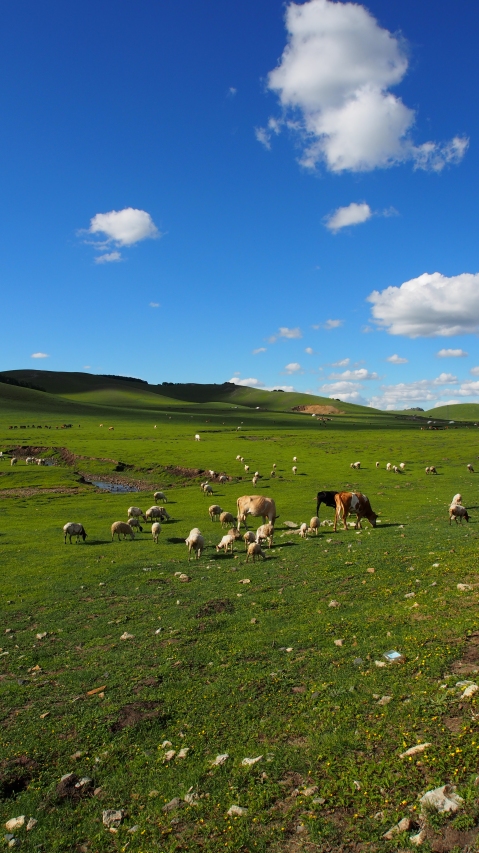 I can almost pretend that behind that hill the world ends.

Trees growing in a quite peculiar way. 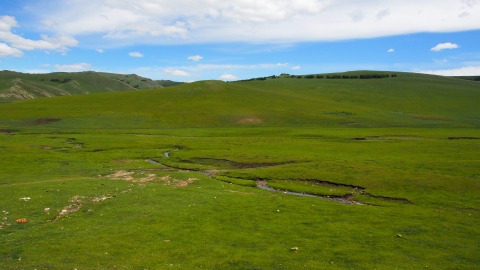 A little stream flowing through the valley.

The landscape cut in half by a big puffy white cloud. 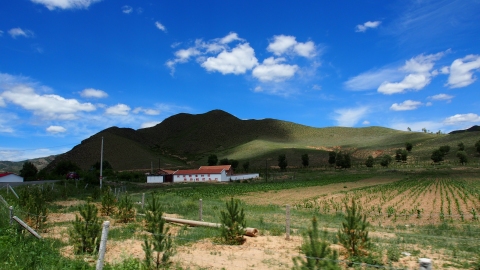 Occasional mongol yurts scattered along the hill side.

Initially we expected to change into electrical vehicles when entering the UNESCO geopark. Turned out the road block was unmanned and so we had to take our car into the geopark area. On the mountain ridge looking back down over the park.

And because its so incredibly beautiful, here another picture in landscape format.

When a large granite mass is exposed on the ground surface, the impact of thermal expansion and contraction or compression leads to the development of vertical fissures. In a cold environment, water ingresses fissures in the rock and expands when it turns into ice. This tremendous expansion force can cleave open hard rock.

The mountain ridge in Hexigten Geopark in completely covered with granite pillars that resemble a stone forest. 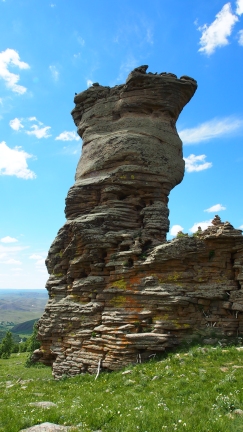 The Mongolian word “Arshihaty” means a rocky pillar that is straight and steep.

The magnificient grante pillars have various shapes and the well-developed horizontal joints caused the rocks to break into fine layers, making them look like piled books.

And after thousands of years in the making, today a lazy crow picked this ancient spot to rest.

To prevent the ancient rocks from tumbling they have to be stabilized by wooden branches.

Facing the devastating power of ice and snow again and again as the seasons change, the rock is eventually shattered into blocks. The rock fissures expand progressively until the whole fomration becomes flat, broad space. 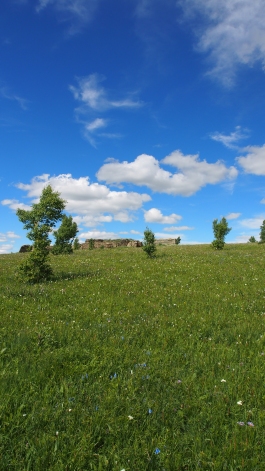 On a gentle slope it massive pieces of granite.

From afar, this densely layered rocks look like sedimentary rock, but a closer look reveals that it is actually granite. In the Ice Age, more than 100,000 years ago, this granite was covered by extensive glaciers, which caused compression from above. When the glaciers melted, this pressure was released, and the rock expanded slightly. The expansion process damaged the rock structure, leaving small horizontal fissures. Weathering completed the job and finally formations like this one, shaped like the wall of a fort appeared.

View from the top.

Ever changing clouds over the grasslands.

Flower with a view.

The Balancing Rock – a rhombic granite fomration cut out from two groups of vertical joints, measuring 3.2m long and 2.5m high. Weathering is more severe in the lower section and when rocks collapse under gravity a top-heavy shape appeared.

This colossal work of art is the result of natural processes over millions of years. In addition to the horizontal fissures, compression caused the development of another set of vertical fissures in the granite.

Ages of relentless weathering along the fissures reduced the rock to blocks. The weaker parts were eroded, and some collapsed. 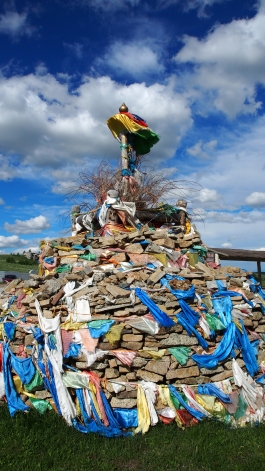